To fight this problem, various national and international organisations are trying to help the people where possible. Go Make a Difference is one such organisation which is bringing people together from all over the world to offer their help. You can visit www.gomakeadifference.co.uk to check out their work and projects in Tanzania, or you can book a trip with them to visit this beautiful country yourself and lend a hand. They have finished a lot of past projects in Tanzania to help the people of the rural areas, and they have a lot of present and future projects to work on. So, if you are looking for a completely different kind of experience, you can head over to Tanzania with Go Make a Difference to give them a helping hand.

MAKING A DIFFERENCE IN TANZANIA: THE PAST 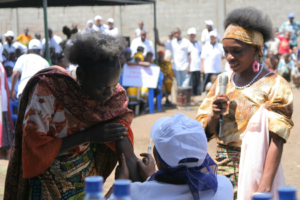 Founded in 2008, Go Make a Difference has been working in the country of Tanzania for ten years now. Throughout these years, the organisation has helped the people of this country in a lot of ways. The rural population of this country have a number of issues which needed to be addressed.

First of all, the infrastructures and facilities are much more easily accessible in the urban areas. The rural areas, due to their remote location, are in unfortunately neglected. Secondly, most of the rural population of Tanzania are dependent on farming for their livelihood. However, due to the lack of technology and proper education, the agricultural sector of Tanzania is heavily reliant on natural conditions. That’s why a huge part of the population of this country remains highly susceptible to climate change and economic shocks. Thirdly, the education system and the medical condition of Tanzania is very poor. The people of Tanzania suffer from a number of deadly diseases including malaria and HIV/AIDS. Along with these major issues, there are a lot of other issues which need to be addressed to properly help the people of this country.

Realising these conditions, Go Make a Difference have been working on a number projects to make a real difference in the lives of rural Tanzanian population. Since their inception, they have worked in the rural areas to spread education, fight diseases and bring technology to help in the agricultural sector. In 2016, a group of 20 volunteers came with them and helped them build a house. They also worked with Go Make a Difference’s women’s group Heshima. This group aims to empower the women of the village of Mkiringo with jobs. They have also built many water tanks and started a small irrigation project in order to provide the local people with jobs. Many doctors, nurses, pharmacists, even medical students joined them in their cause and helped the people of Tanzania with proper medical advice.

MAKING A DIFFERENCE IN TANZANIA: THE PRESENT 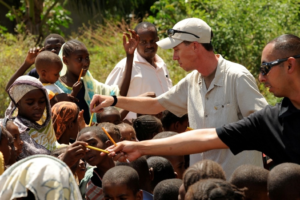 Currently, Go Make a Difference is bringing a lot of volunteers together from all over the world to help them in their project in Tanzania. With the help of the volunteers and their donations, they are continuing to do whatever they can to help the people of this country. Their current work is focused on the following sectors.

The first sector that they are focused on is the medical sector. They are trying to provide proper medication to sick children and the elderly. They are now able to treat up to ten children every day during the rainy season. They are also working on giving proper medical education to Tanzanian people. They conduct regular health classes in the villages. Their women’s group also educate girls and women with proper menstrual health lessons. Any volunteer who is from a medical background can help them by providing medical assistance, or they can offer assistance by educating the Tanzanian medical staffs with their knowledge and skills.

The second sector that they are focusing on is the farming and agricultural sector. They have helped the farmers to form a Co-operative system to protect everyone’s interest, increase yield, and improve the quality of their crops. They also encourage the farmers to breed dairy goats which have a higher yield. They are also working on irrigation projects to reduce the effect of economic and natural shocks on people’s livelihood.

They are also highly focused on educating the children in these rural areas of Tanzania. They work with two primaries and one secondary government schools where the volunteers can go and teach children. They also organise after school clubs, Sunday school and other education groups to teach the children.

Building new water tanks is another area where Go Make a Difference focuses heavily. These water tanks help to provide free and clean rainwater to the people. They are also focused on building more and more latrines to elevate the level of hygiene in the rural areas. They make low-cost houses for the very poor segment of the society, widows and orphans. They also have a craft and coffee shop which provides employment to women.

MAKING A DIFFERENCE IN TANZANIA: THE FUTURE 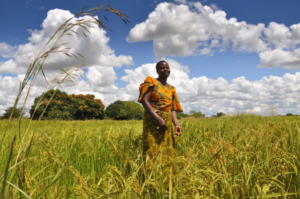 With so many initiatives in progress, the standard of living of the rural people of Tanzania is slowly but steadily improving. Go Make a Difference is determined to carry on their work and take up more projects in the future to meet the needs of the people. You can be of great help in their mission if you decide to either make a donation or volunteer with them. It will be an unforgettable experience which will be unlike any other adventure you’ve been on. You can visit the country for two weeks or even six months and make a real difference in people’s lives. As more and more people like you volunteer in these projects, the government of Tanzania will start taking note and implementing policies which will be for the betterment of these people, the future of the rural people and Tanzania will surely grow brighter.